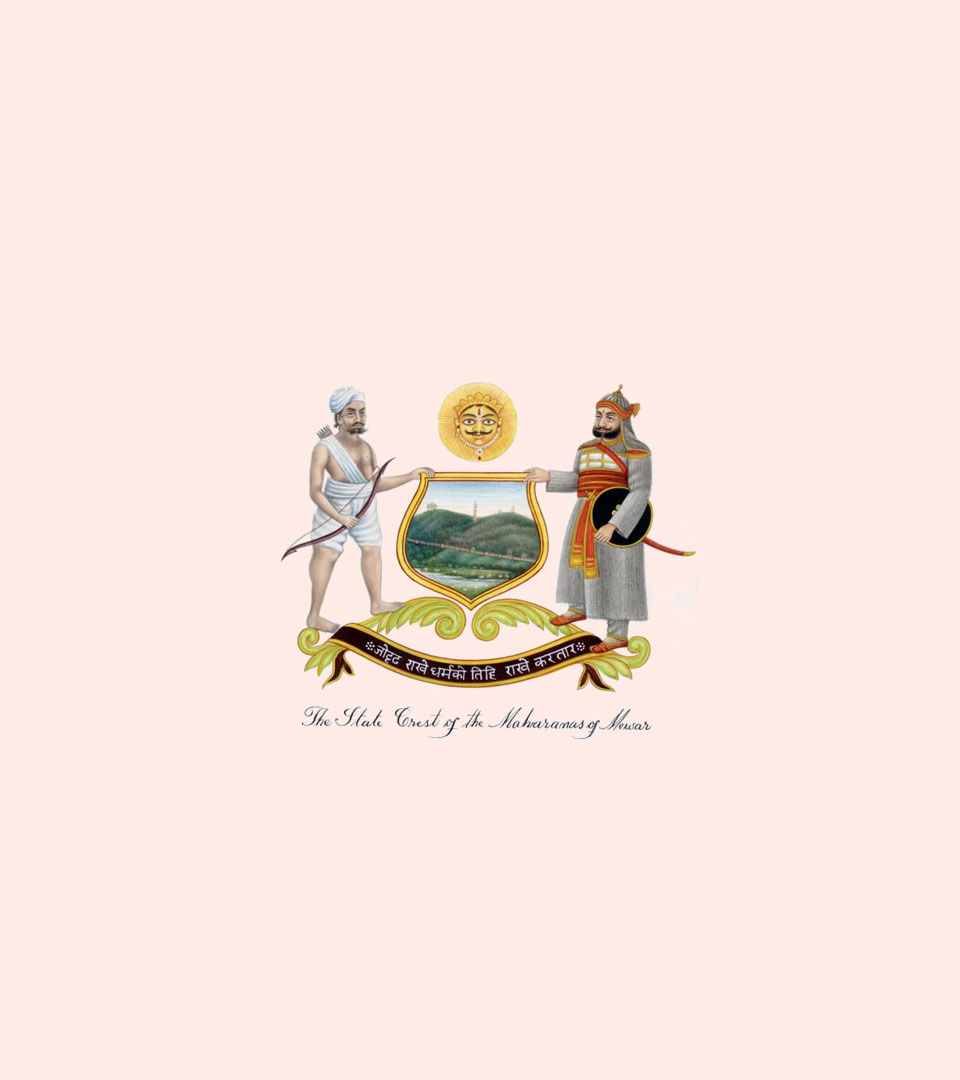 Coat of Arms of The State OF Udaipur, Mewar

In the glory days of colonization around the beginning of the 19th century, the British vied with other European powers - Portuguese, Dutch, French, Spanish and the Belgian for dominance in the provinces in India. The European powers fought each other and many alliances were born. Provincial Hindu Maharajas and Muslim Nawabs, in trying to break free from the Mughal Empire, forged alliances with any European power willing to help. Diplomacy, intrigue and treachery was the order of the day. The British, having gained naval supremacy during this period and with astute court craft, emerged the winners in India.